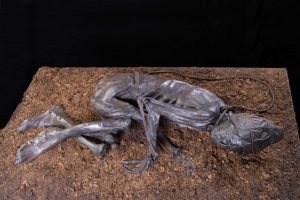 For many years, Tollund Man’s head was exhibited in a display case alongside the hanging rope and belt. Fascinated, the audience would admire the best-preserved ancient face in the world, but often the question arose: Where is the rest of him? The museum staff fell short of an answer. The rest had simply vanished.

In the 1980’s, the current Director Christian Fischer commenced a detective’s work in order to clarify what had happened with the rest of the body. Little by little, he managed to find most of the remnants, but as they had not been conserved, they had been stored very differently. The original thought of giving the Tollund Man his body back had to be abandoned. Instead, a reconstruction of his body as it looked at the time of the excavation was done by using the photographs from the excavation. The reconstructed body was attached to the original head, and so he is seen exhibited today at Museum Silkeborg Hovedgården. 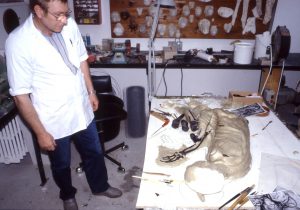