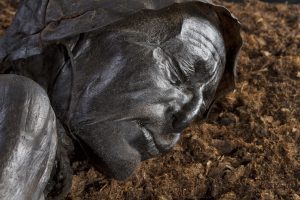 Several things suggest that Tollund Man was sacrificed to the gods. Ever since the Neolithic Era, people have placed valuables in the bogs as sacrifices to the gods. Who this god, or these gods, were in the Iron Age we cannot say for certain but the spread of bog bodies in Denmark are found in those exact areas, where peat are dug. It is thus natural to conclude that these people were sacrifices of thanks to the god in return for the peat they were digging up from the god’s bog. Or perhaps he was sacrificed during winter to ask the gods for spring to come with growth and warmth. His last meal consisted of a porridge or gruel made of seeds and grains – something that may very well have been the typical winter diet when the meat stock and most of everything else had run out. 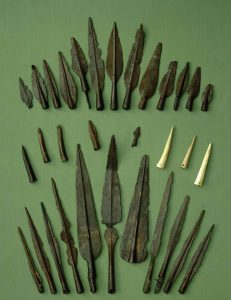