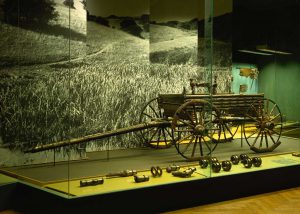 A theory is that humans, alongside with the many objects that we find in the bogs, shall be interpreted as sacrifices to the gods. We do not know the names of the gods in which they believed during Early Iron Age, but we can get a vague idea of some of the rituals that were connected to the worshiping.

Ever since the Neolithic Era, people have connected the bogs with something cultic or at least done things that we perceive as being religious-related rituals. From the Iron Age we have many testimonies about religious practice, ranging from the deposits of simple food offerings, through sacrifices of precious jewelry and silver- and bronze cauldrons, to sacrifices of weapons with a varying degree of destruction of the offerings and – if we follow the idea to the end – human sacrifice. Wooden statues found in bogs and wetlands are also interpreted as effigy of gods. Therefore, there is no doubt that Iron Age people considered the bogs to be special places. Places to connect with the gods. 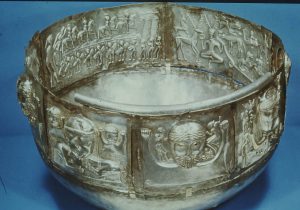 The precious Gundestrup Cauldron, was allso a sacrifice. Photo Nationalmuseet  in Copenhagen.